Posted by
Chris Do 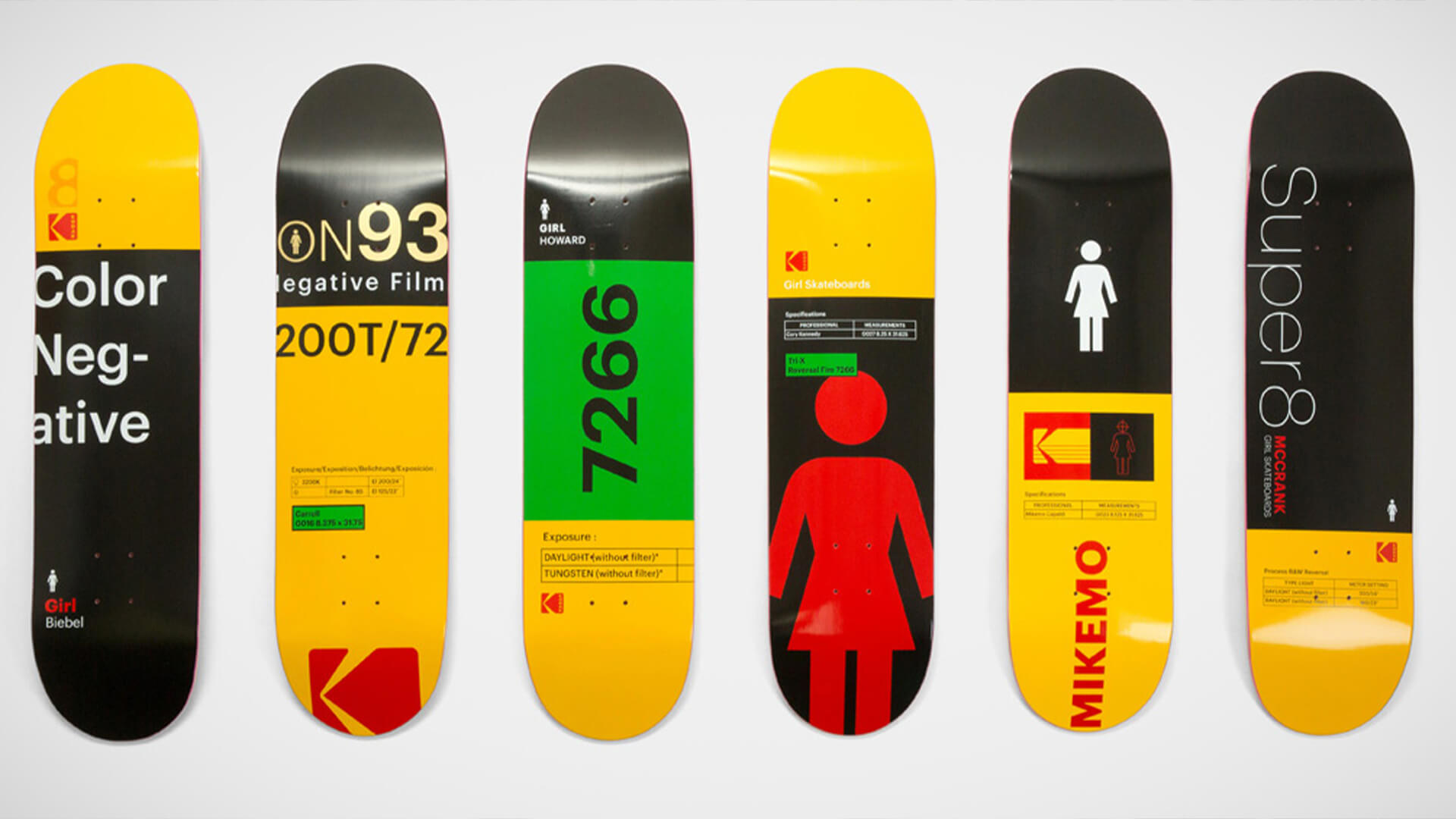 A little while ago, I came upon the amazing collaboration between Kodak Film and Girl Skateboards and it brought me down memory lane.

This was such a genius idea to mash-up two iconic brands in unexpected ways. I was drawn to the simplicity, typography, colors and distinctive graphics. Meanwhile, I had spoken to some amazing guests on The Futur and they all seemed to echo the same message—work on personal projects. This was vital to being an artist. We heard GMUNK, Elizabeth Carey Smith and Baugasm all say essentially the same thing.

As I was searching for something that I could do on a daily basis—tight parameters, easy and fun to do, didn’t require special equipment or space to produce—it came to me. Eureka! Go back to the start.

You see, my love for design didn’t begin with the works of Paul Rand, Herb Lubalin, Lou Dorfsman or Bradbury Thompson. It began with skateboarding. Yes, skateboarding.

To test the idea, I bought a skateboard mock-up template from Creative Market. (You can purchase it here for $6 using our affiliate code.) Then, I quickly threw some images on them (Olly Moss and Wolfgang Weingart) to see how I felt. They were awesome! Okay, they were awesome before throwing on a skateboard deck, but what it proved to me was the unique size and shape of skate decks, made for interesting compositional problems to solve. It also showed that sophisticated designs and illustrations have been a part of skate culture, but this was an opportunity to take it to the next level.

I then enrolled the Futur Pro Community to participate in the challenge with me. Produce a design a day for at least 30 days. Once completed, we could assemble a nice book and share with friends. If they turned out really well, we could actually print a few up and give them as gifts, sell as merch, or take them on the road for a traveling exhibit of design and street culture.

If you’d like to participate, here’s what you need to do:

Some prompts to help you get started:

That’s pretty much it. Ready to shred?