Your dream job is out there. This new, in-depth video course will help you find, interview for, negotiate, and land it.

Posted by
Chris Do 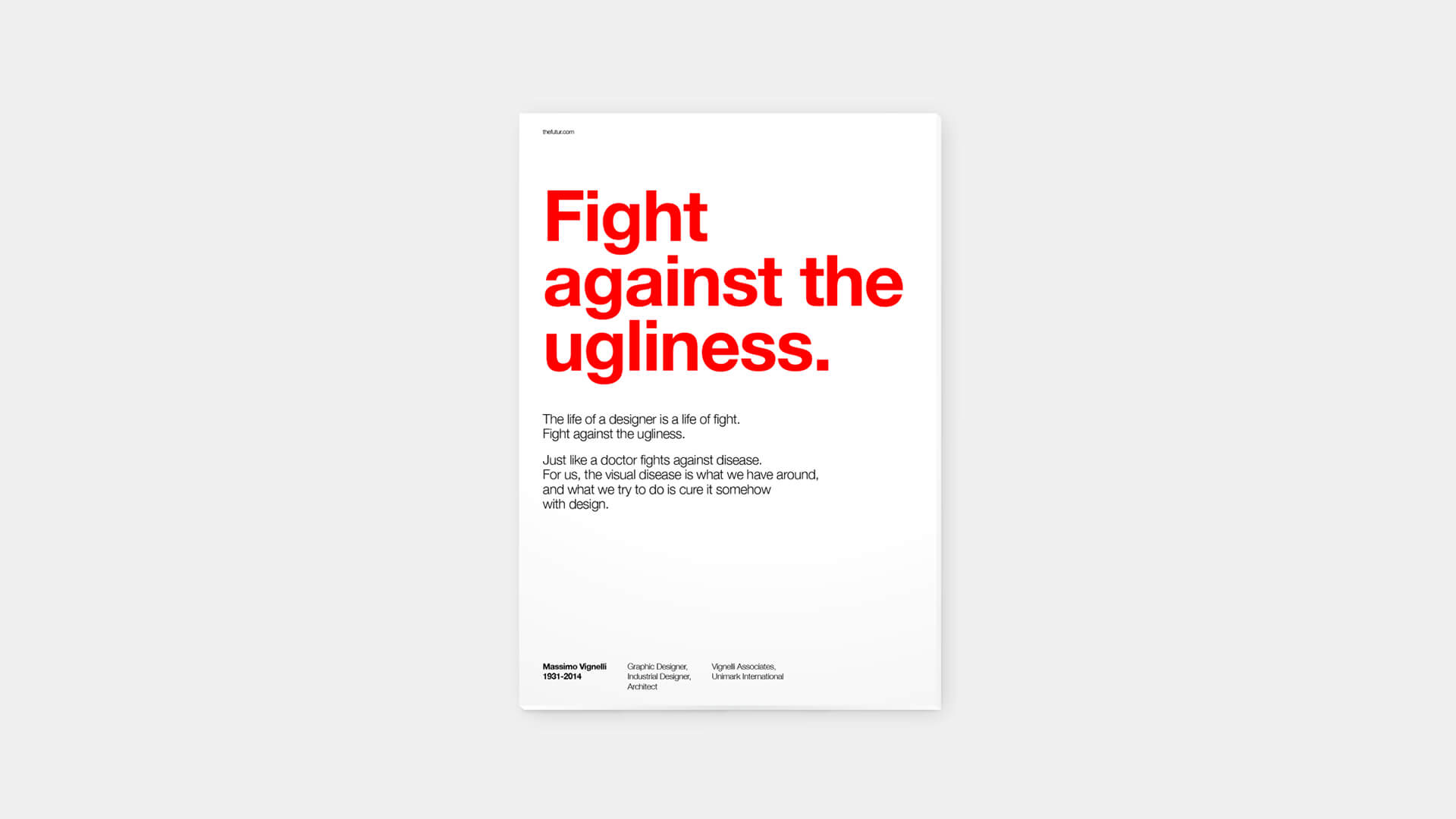 Massimo Vignelli was one of the most iconic designers. Here's a collection of some of his best quotes to inspire you.

Massimo Vignelli was a graphic designer, industrial designer and architect.

Born in Milan, Italy, Massimo studied art and architecture in Milan and Venice until he arrived in the United States in 1957. Then in 1960, he and his wife, Lella, established the Vignelli Office of Design and Architecture in Milan, which, at one point, became one of the largest design firms in the world.

In 1965, he founded Unimark International in Chicago, Illinois with his wife. It was during this time that Massimo introduced Helvetica into visual communication systems, and sent designers across the United States in a frenzy.

Massimo was a true tour de force, having worked in nearly every field of design: advertising, identity, packaging, product, industrial, interior, and architecture. Massimo always leaned towards modernism, keeping his creations free of clutter and full of simplicity.

His work has been published all over the world. Massimo’s most notable and memorable pieces of work include the classic “AA” American Airlines logo, the New York City Subway map and signage system, and the typeface, Our Bodoni. Some of the most well-known locations that featured his pieces include the Museum of Modern Art, the Metropolitan Museum of Art and the Cooper-Hewitt Museum.

He has left quite a mark on the design industry, and serves as a constant beam of inspiration. His last book, The Vignelli Canon, is meant to preserve his legacy. We’re sure it will live on for years and years to come.

Massimo was most famous for his ethos, “If you can design one thing, you can design everything.” This collection we’ve made is a tribute to some of Massimo’s best quotes. We hope you feel inspired.