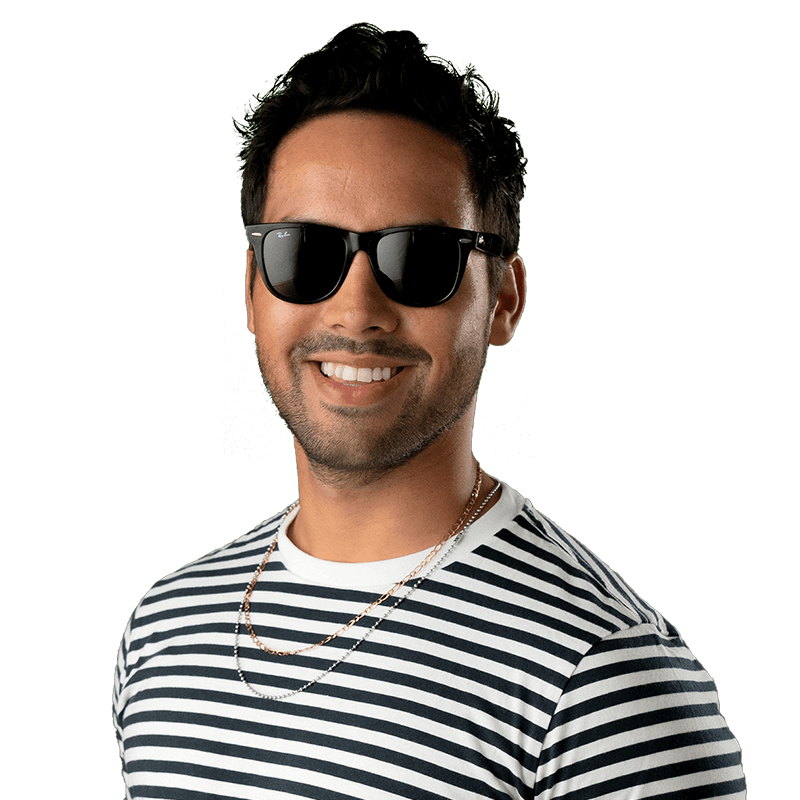 Ricky helps tell stories in photo and video form for businesses to greater connect to their community.

Currently Ricky is the editor, cinematographer, and studio manager. Ricky has helped grow the channel by more than 300,000 subscribers since joining the team. He is apart of writing, directing, filming, editing, coloring, and sound mixing the content you see.

Ricky’s other duties include managing the 1702 studio. Keeping and maintaining all the gear that is in the studio so everything is accounted for and maintained to help keep the gear in good condition and organized.

A graduate of film school in Michigan, Ricky moved to Los Angeles after getting an internship here at The Futur. After interning, he freelanced, and eventually became staff.

Ricky likes to pick things up and put them down, take photos with his 35mm camera, and read the newspaper on Sunday morning.

Courses and resources from Ricky Lucas