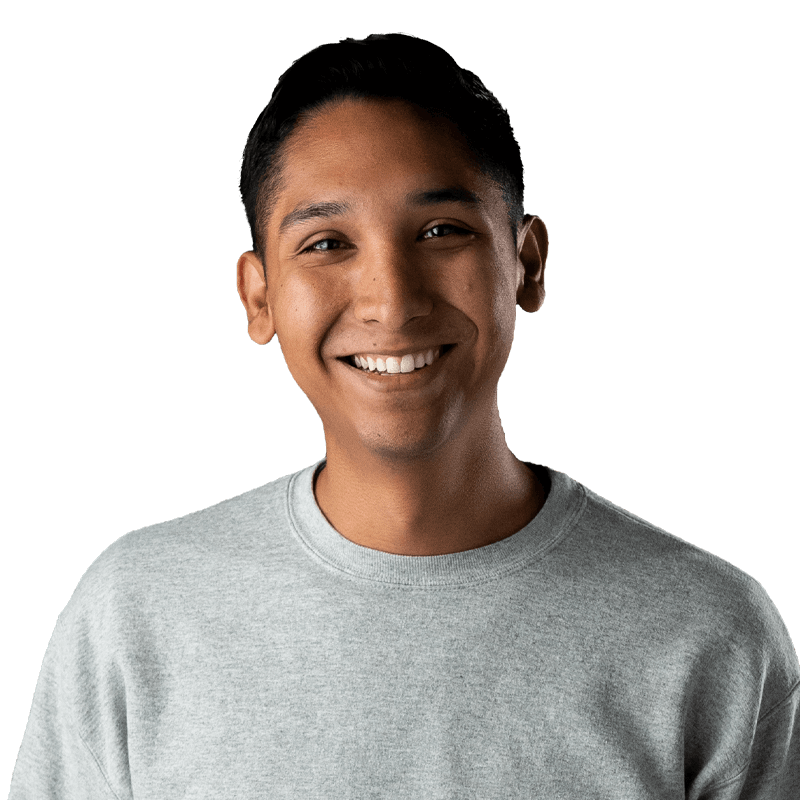 Jona is an Editor and Cinematographer for The Futur who brings a fun sense of creativity and curiosity to the mix.

Coming out of high school, Jona was in a bit of a career conundrum bouncing from major to major before deciding to take a break from it all. He occupied his free time making videos and decided to pursue this new calling. He received his bachelor’s degree from the Art Institute of Houston in Digital Filmmaking and Video production, and worked on corporate, commercial, and wedding video productions as a freelancer.

After applying to intern at The Futur, fate put him in the same room with Ben and Matthew just a week later. He landed the internship, and the rest is history.

Originally from Houston, Texas, Jona is a Texas barbecue connoisseur. When he’s not editing videos, you can find him exploring the LA neighborhood, snapping and editing photos on film, and visiting national parks.

Courses and resources from Jona Garcia